SUDDENLY (Or The Nuclear Sunburst Of The Truth Revealed) 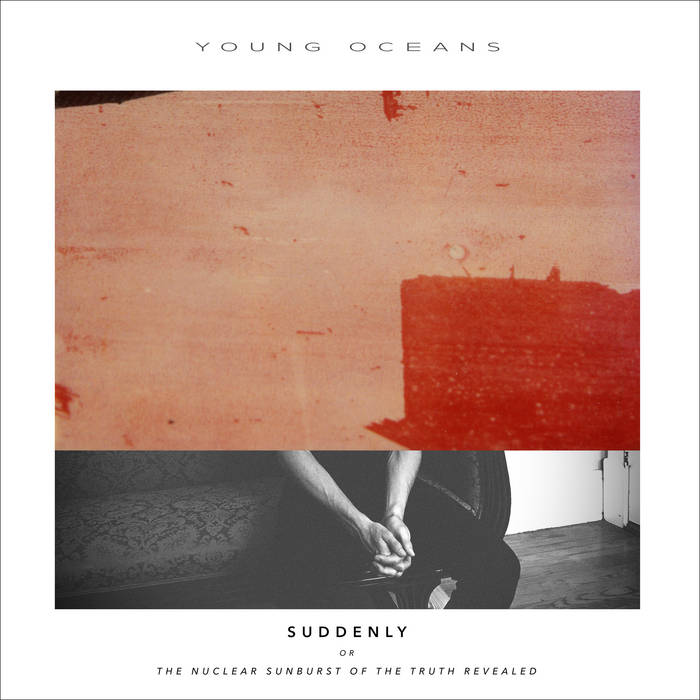 In the early stages of writing the follow-up to 2014’s I Must Find You, singer-songwriter Eric Marshall (Young Oceans) became captivated with the Eucharist. His fascination is understandable. Whatever the language, whatever the time, whatever the culture, participation in this sacrament provides an intimacy and solidarity founded not in prosperity or political power but in brokenness, humility, and surrender. Stretching across centuries and cultures in an unbroken line for 2000 years, the Communion pulls the participant, in a sense, outside of time and space, in connection with the universal Church eternal. “Past and future come rushing into the present, pouring an ocean of meaning into the little bottle of ‘now’."*
The result of Marshall’s inspiration is Suddenly (or The Nuclear Sunburst of the Truth Revealed)**, a collection of recordings that doubles as a Eucharist liturgy and as the new Young Oceans album. Marshall's songs weave echoes of ancient prayers that Catholics and Protestants will find familiar, forming an arc from invocation (Lord come as the Lion or come as the Dove) to benediction (We pour out ourselves before You).
But, just as every believer lives in the tension of the ‘already and not yet’, the posture feels every bit the next Young Oceans album as the songs also address a modern context. The anguished pilgrim wrestles to maintain the transcendence of Communion in a world hell-bent on violence and the seeds of strife (“Out Here”). He pleads for the voiceless (“Walls Come Down”) and ponders the heart of Jesus’ high priestly prayer in John 17 ("Are We Not One”). It is a struggle between the constant groaning from the original curse, and yearning for the way the world finally will be (“This Wild Earth”).
It is a turmoil seen in Israel and Palestine, where Marshall joined a political and humanitarian pilgrimage over the Spring of 2016. The experience was a searing one. “There is nothing simple about the Middle East, in any respect,’ remarks Marshall. "The slightest elements of that experience haunt me. ‘Every Heart Is Open’, for example, originated with the melody of a Muslim call to prayer that came blaring out of the local mosque at 5am my first morning in Galilee. There is a lot of that trip in this record.”
Crescendo is reached in the title track; an anthem for the doubter. Christ in Gethsemane questioning the plot. Or, the believer plagued with a recurring sense that his faith is nothing; there is no God, or at least He doesn’t care. How can it be otherwise in a world so overrun with pride, pain, division, failure, and hatred? Why is He silent? And suddenly, in a moment, suddenly… He is there. Not always in the same or expected way, but there nonetheless. He is the transcendence. His is the body and the blood which sustains us. His is the peace that will always surpass our present understanding.
Suddenly we’re waiting
Suddenly You’re there

* from The Meal Jesus Gave Us, Revised Edition by N.T. Wright
** "The Nuclear Sunburst of The Truth Revealed” taken from Os Guinness’ book The Call, used with permission.

Special Thank You:
Travis Meyer at Crosby Street, LLC
Os Guinness for use of the phrase "The Nuclear Sunburst of the Truth Revealed" from his wonderful book The Call
NT Wright for his book The Meal Jesus Gave Us which greatly informed and inspired the arc and posture of this album

I make prayer music with my (very talented) friends.

In this uncertain year, have mercy as we get new music out to you as soon as possible :) New album 'You Are Fullness' coming soon(ish).

Bandcamp Daily  your guide to the world of Bandcamp